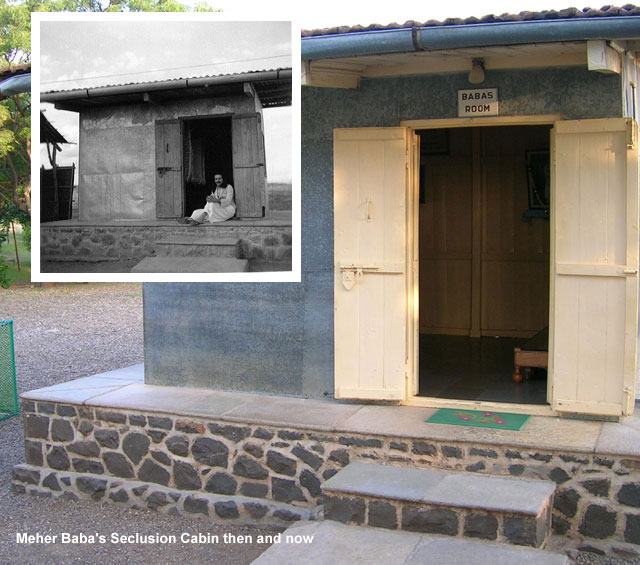 Baba is standing on the Samadhi-side of the Tin Cabin foundation,
discussing its construction with Padri in early July 1935.
(Photo courtesy of the MSI Collection)

Baba’s Room. This tin and wooden building is the place where Meher Baba’s body lay on January 31, 1969, before being placed in His Tomb.The English stretcher used to transport Baba’s body still rests there. This cabin was built in 1935 by Padri, one of Meher Baba’s close disciples. The contrast between the sturdy stone foundation and tin walls is explained by the fact that Baba originally gave Padri several months to erect the building. Then when it was only partly done, Baba ordered it finished in a week, and started using it for His work. The stretcher which carried Baba’s body is still preserved in his tin seclusion cabin on the hill. During those seven days, in compliance with Meher Baba’s wish. 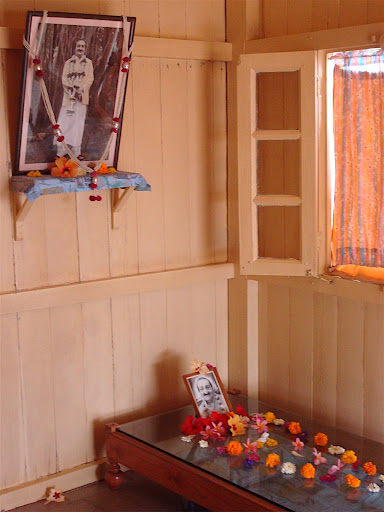 Seclusion Cabin from inside 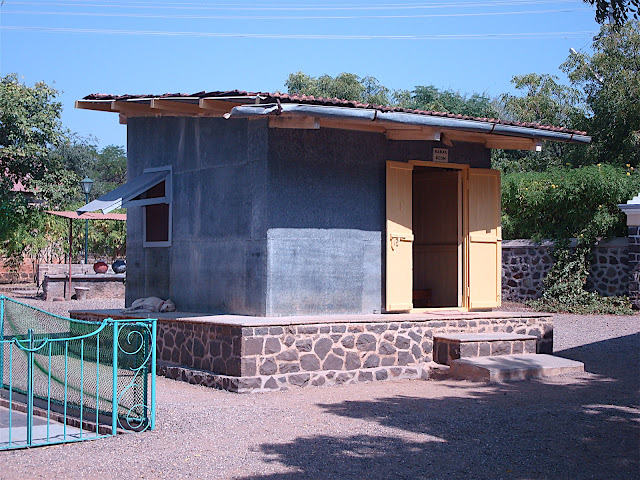