Letters and correspondences with Meher Baba

These letters was written by Meher Baba in 1959 onwards to his men mandali and New Life companion Murli Kale who later left Baba’s Meherabad ashram and began to practice Homeopathy at Jabalpur (India). Murli was blessed with a son and as the news reached Meher Baba named the child as Meheroba (Niket Kale) and wished the name to be given on Baba’s own birthday 25 Feb 1959 .. [… More info …]

Meera Kale daughter of Meher Babas well known disciple Pamkhraj of Nagpur, was in Meher Babas contact as a child, even Baba named her as Meera in one of his letters. Baba wrote several letters to her and to Pankhraj family, conveying his divine blessings to Meera and Pankhraj family. The original scans of the Pankhraj Family letters from Meher Baba are published here with English translation where ever possible ..
[… More info …] 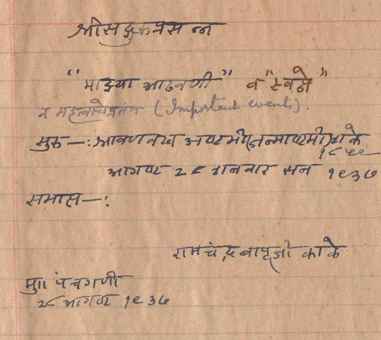 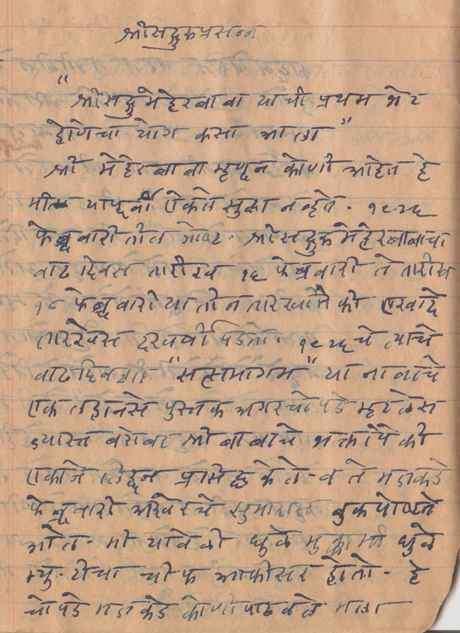 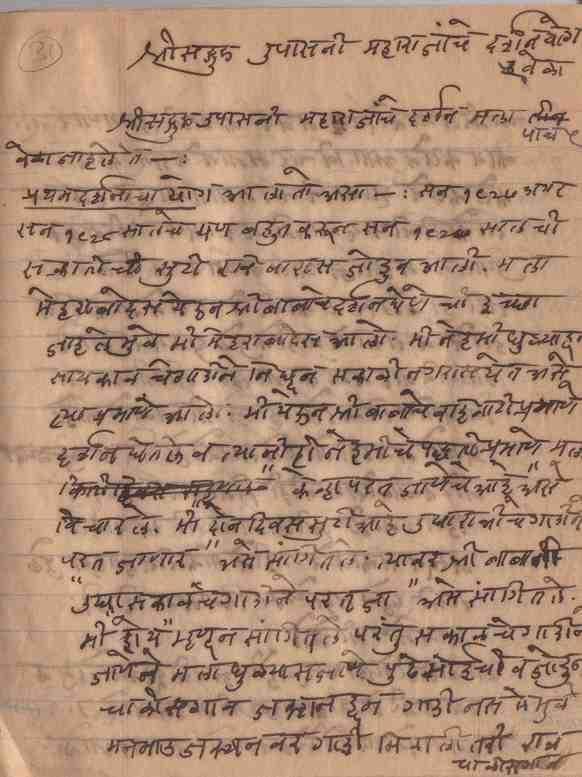 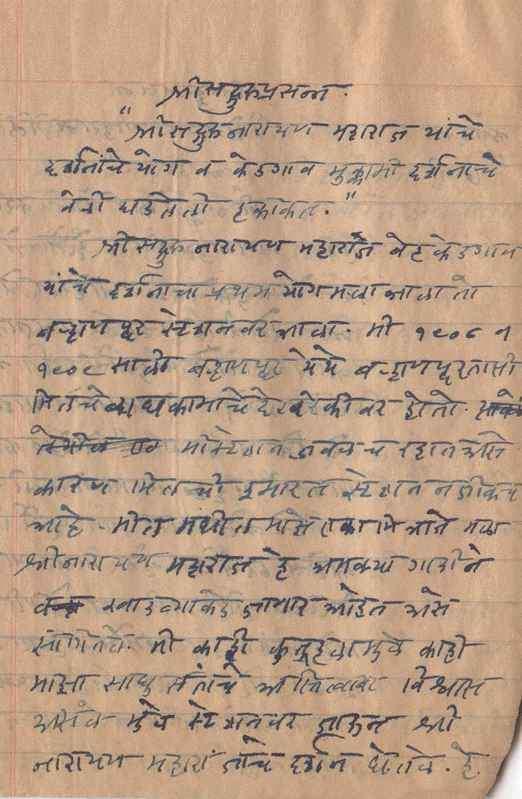 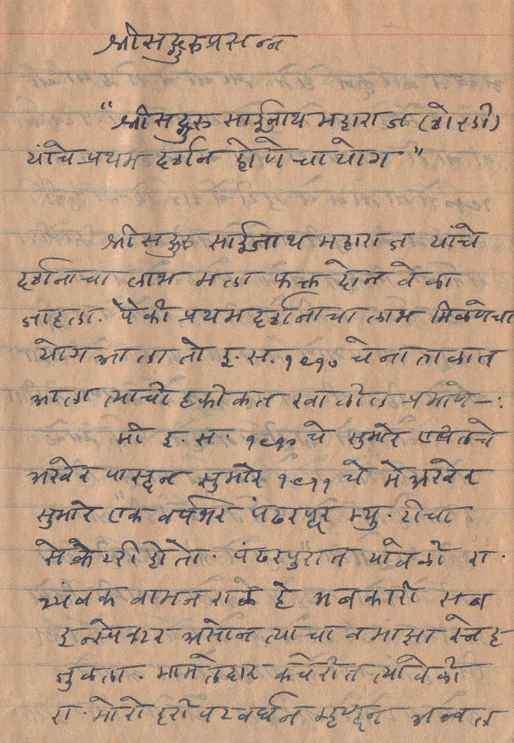 Kalemama Meeting with Shri Sai Baba of Shirdi (Year 1910 and 1911) Kalemama or Ramchandra Bapuji Kale and old Mandali and disciple of Meher Baba was fortunate to have met Shri Sai Baba of Shirdi in 1910 and 1911 before coming to Meher Babas ashram. Kalemama with his elder brother Anna Kale met Sai Baba at Shirdi and again had the fortune to stay at Shirdi for a week during winter holidays in 1911. His diary pages describe how he came in to Sai Babas contact at Shirdi. [… More info …]