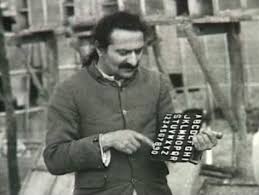 Meher Baba’s Silence day is coming on 10 July. On 10 July 1925, Meher Baba began his long silence, which he kept for the next 44 years. Every 10 July his followers or lovers observe a one day or 24 hours Silence from midnight of 9th until midnight of 10 of July.

On July 8th [1925], Meher Baba convened a meeting of the men mandali at Meherabad and for an hour instructed every person about their duties during the coming year of silence. A few close ones, like Chanji, Naval and Barsoap, had come from Bombay to consult with him regarding certain work.

On July 9th, final decisions were made in all matters. Besides verbal directions, general instructions were written down and posted at the Hazrat Babajan School. Behramji was appointed the head superintendent and Rustom K. Irani was named vice-superintendent; together they were to control the management of Meherabad property. Arjun Supekar was made the school superintendent and was also given the duty of improving the students’ conduct in class. Gustadji was placed in charge of the storerooms that supplied food for the Meherabad populace and met the various needs of individuals. Padri’s duty was to supervise the work in the hospital and dispensary.