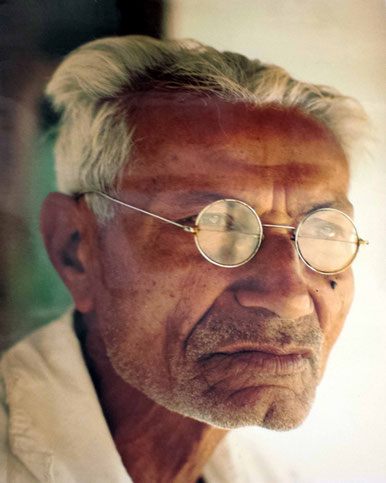 Faredoon Nawrosjee Driver, better known as Padri, (November 27, 1903 – March 13, 1982) was born in Pune, India and was one of Meher Baba’s close mandali (devoted disciples). He lived with and served Meher Baba from 1922 until Meher Baba’s death in 1969, beginning his stay with Baba in Baba’s first ashram, Manzil-e-Meem. Later, after moving his ashram to Ahmednagar district, Meher Baba called Padri one of the four “pillars” of Meherabad. (Meherabad was Meher Baba’s second ashram and is today the site of Baba’s samadhi shrine). Padri, who was originally a garage mechanic, later became a doctor of homeopathy treating local villagers near Meherabad. 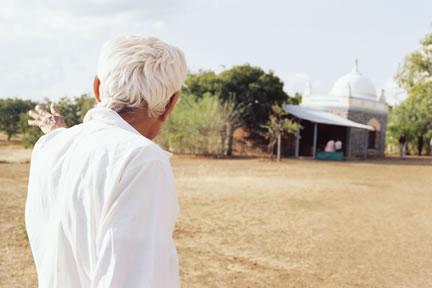 Meher Baba nicknamed Faredoon “Padri” because of his lanky, priestlike stature. Padri emphasized obedience to the master and had little patience for ostentatious sentimentality, famously quoted as saying, “Love is for the saints and the masts, not for the likes of us!”

Pendu and Padri were old friends, and Baba remarked, “No one is allowed to visit Meherabad, but Padri’s servants Nana his wife Tani and her relatives go there. This is not good, and Padri should be informed about it.”

Addressing Pendu, Baba reprimanded, “Why haven’t you mentioned this to Padri? Are you afraid of him?”

“I am not afraid of even his father!” Pendu declared.

The next day, Padri was summoned to Meherazad and Baba asked Pendu to tell him, “There is a ban on any outsider entering Meherabad. Why do you allow Tani’s relatives to come there?”

Padri replied, “Tani stays in Meherabad all day long, and those in her household come to see her about work.”

Pendu said, “If anyone comes to meet you, he is made to stand near the dhuni platform, where you go to speak with him. Can’t Tani walk to the dhuni to meet with her relatives?”

Baba agreed. “What Pendu says is true. This partiality is not good. If Tani wishes to see anyone, she should meet them at the dhuni.”

Padri said, “All right, from now on I will send her there.”

Pendu continued, “If Tani is in Meherabad throughout the day, where does she bathe?”

“Look at this!” Pendu declared, “Is the bathroom meant for the mandali or for Tani?”

Baba commented, “Pendu is right. Tani should not bathe there. She has a house in the village and can bathe before coming to work.” Padri acknowledged the validity of this point also.

Pendu continued the interrogation, “Nana and Tani are cultivators. Where is the thrashing yard for their grain?”

“This is too much!” Pendu declared, “Are Nana and Tani your servants, or are you theirs?”

Baba remarked, “I did not know of this. Padri, what are you doing? I don’t like it at all! It is good Pendu is bringing this out into the open.

Reflecting on it, he has been unable to sleep at night because of it. This is why I have called you. Remove Nana’s thrashing apparatus from Meherabad!” Padri agreed to do so. Continuing, Pendu probed, “Where are Nana’s oxen kept?”

“In Meherabad — but only when the grain is thrashed,” Padri answered.

Pendu remarked to Baba, “Padri has become the king of Meherabad! He does what he likes there!”

Padri could be short-tempered. Upset, he retorted, “I will stop it all!

If you want, I will also drive Nana and Tani away!”

“It will be better if you do so,” shouted Pendu. “What a mess you have created!”

Baba was quite pleased with Pendu and instructed Padri, “Do not dismiss Nana and Tani, but stop everything else.”

This incident is an example of obeying the Master’s wish. Although close friends, Pendu put all his heart into scolding Padri as Baba wished. Such incidents often occurred among the mandali. Baba would purposely create the friction. It was all to keep his pleasure. The same was the case with the women. Yet the clashes flourished against a background of amity in an atmosphere where all resided as one family.