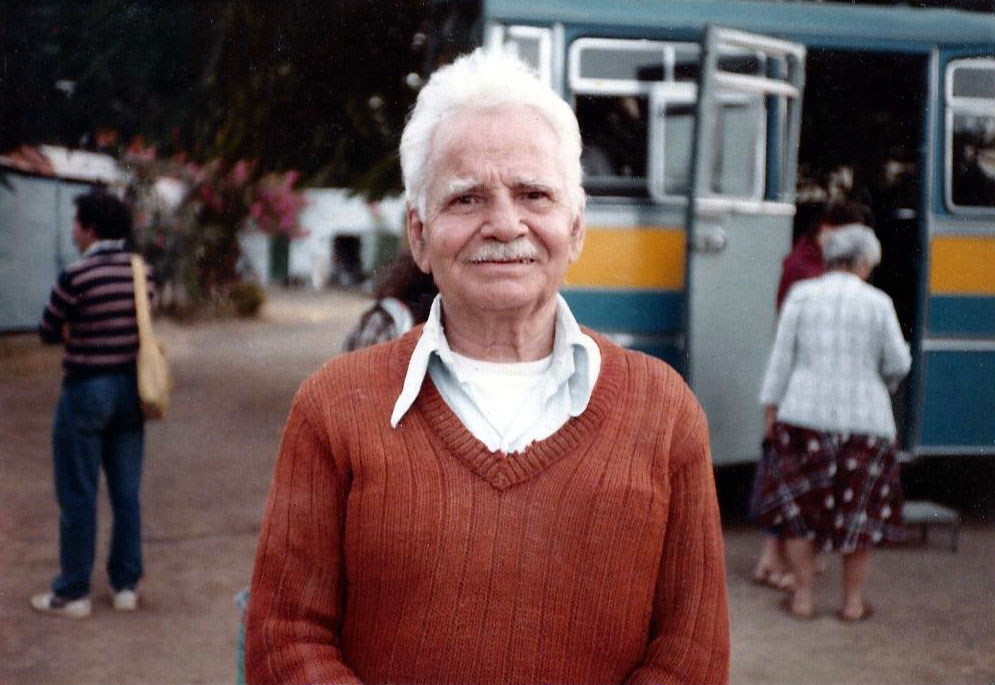 Ali Akbar Shapurzaman, known to the Baba world by the nickname that Meher Baba gave him — Aloba — passed away in Inlaks hospital in Pune on 13th August 2002. Born on 12th July 1916, Aloba first encountered Meher Baba in 1927.

Muslim by birth and Iranian by extraction, Aloba had a fiery nature that fed on a fierce and unshakable conviction in Meher Baba’s Godhood. He was the only student of the Meher Ashram period who later became one of Meher Baba’s resident mandali, and was the last survivor among the men mandala who had accompanied Baba on His New Life.

Aloba’s birthplace, Yezd in Iran, was Meher Baba’s ancestral home as well, on both His father’s and mother’s side. At the age of seven Aloba came to India with his uncle. After working for four years in Iranian restaurants in Mumbai, in 1927, Aloba came to Meherabad and enrolled in the Hazrat Babajan School. Life in the Meher Ashram, as Aloba later said, was superb.

None of the boys wanted to leave, and whe, a number of them were removed from school by their parents, they would weep for days together. In Aloba’s case, this misfortune struck late one afternoon in 1928 when his uncle arrived suddenly at Meherabad and insisted on taking the boy back to Mumbai.

Aloba remained for several years in Mumbai, working as the cashier in an Irani teashop. But after chancing to see Baba’s disciple Baidul in the teashop in 1934, strong spiritual feelings began to surge in him, and he felt irresistibly impelled to renew his contact with Baba. Slipping away in the night without telling anyone, Aloba made his way to Nasik, where, encountering Baba among His mandali, Aloba did not at first recognize Him.

But when Baba then came out of the bungalow with an alphabet board in His hand and hair flowing freely, Aloba immediately collapsed at His feet. Baba’s mandali helped him up again, but Aloba could not bear Baba’s glory and again fell down in the dust in front of Him. Three times this happened and on the third time Baba told him, “have control, have balance”; and He told him to return after one month. Thus Aloba’s contact with his Master Meher Baba was re-established.

In the years that followed, Aloba and a partner opened a teashop in Mumbai. At first, business was meager. But on one of Aloba’s visits Baba told him that the business would grow, and immediately thereafter the shop became extremely successful.

This phase in Aloba’s life came to an end in 1949 with the announcement of the New Life. Aloba set out with Baba and His New Life companions on October 16th and remained with Him until June 1950, when Aloba returned to the Old Life, taking up residence in Mumbai and later in Pune. But in 1952 Aloba was called to rejoin Baba as one of His resident mandali, and he remained with Him permanently thereafter.

Over the last six months of his life, Aloba’s health began to fail badly. But as Arnavaz said, Aloba’s excruciating suffering was not from his physical pain, but rather from the depths of his longing for union with Beloved Baba.

In early August, Aloba fell and fractured his hip. After several weeks, he was taken to Pune for further medical treatment and on August 13th, immediately on the conclusion of hip surgery, he passed away from a pulmonary embolism.

In fact, since he had been given spinal anaesthesia, Aloba had been conscious throughout the surgery and kept repeating loudly, “Baba is God!” So toward the end of the operation Aloba was requested to be quiet since his speaking was disturbing the surgical procedure. Aloba agreed to this; but as soon as the surgery was complete, he shouted, “Jai Baba!” Those were the last words he uttered, for almost immediately his blood pressure suddenly began to drop and his heart stopped beating.

Small in stature, Aloba was a giant in Baba’s love and has won his own unique place in the hearts of those who knew him. Aloba’s body now lies beside that of Eruch, who passed away the previous year, in the men mandali’s cemetery in Lower Meherabad. 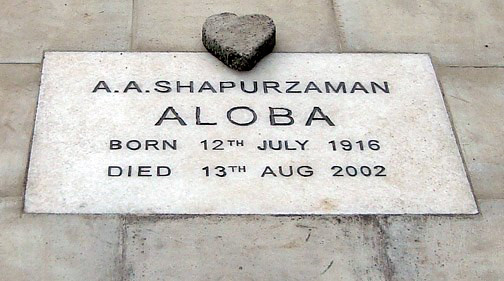