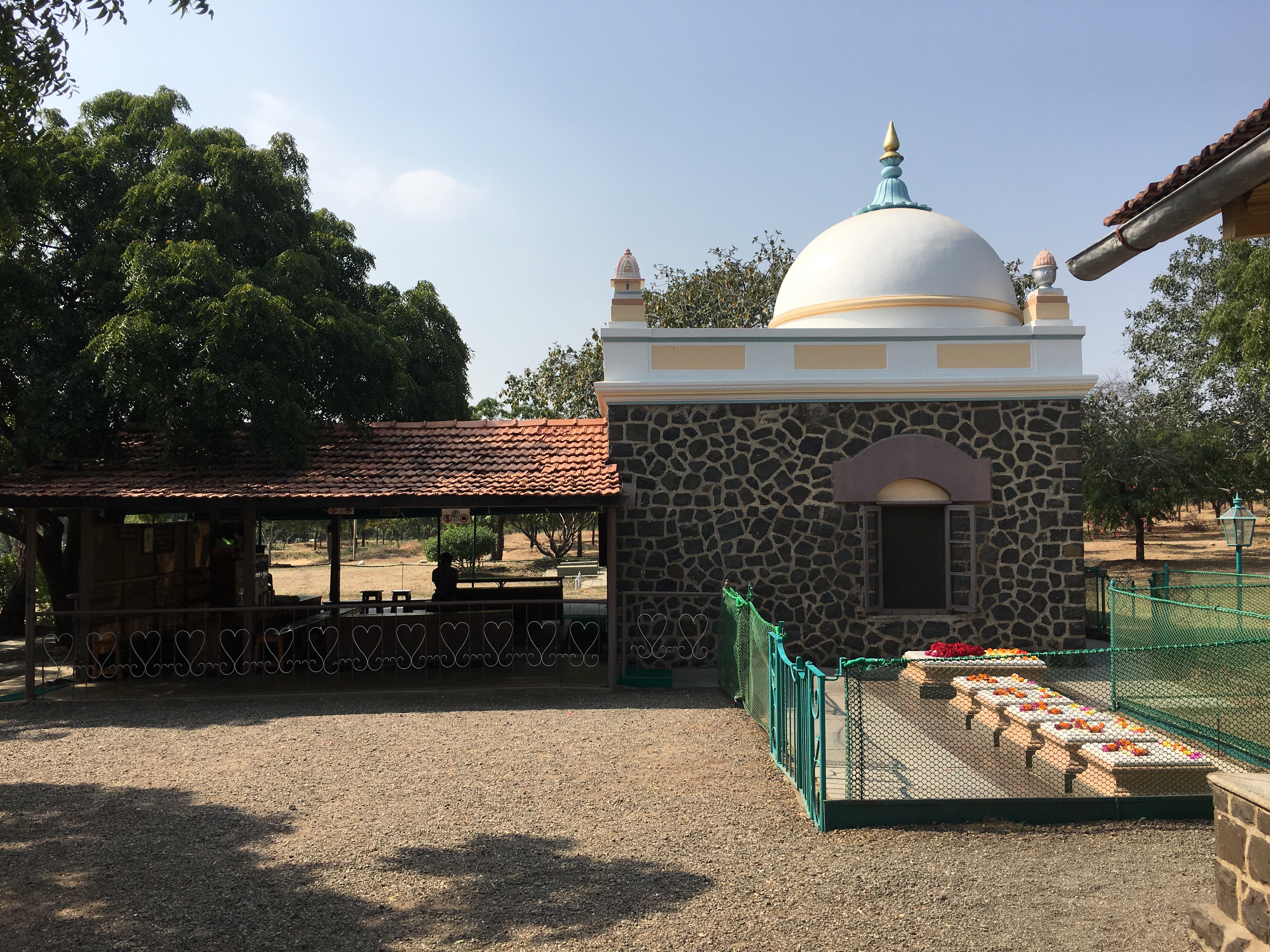 As a Coronavirus preventive measure Meher Baba Samadhi was closed for Darshan , and now reopens from 19th Nov 2020. No Arti, Prasad , Garlands allowed. No one to enter Samadhi, darshan from the door with folded hands. Use Mask and sanitize hands before entering the premises. Stay facility also Closed. And there will be NO AMARTITHI in January 2021.

Avatar Meher Baba’s “Samadhi” or the Tomb Shrine is situated on the small Hill called Meherabad Hill in the Ahmednagar district of Maharastra, India. It is a place of International Pilgrimage as thousands of Pilgrims of all cast, creed and religion, come here every year to pay their homage to the Ancient One. Meher Baba declared Himself to be the Avatar of The Age.

Meher Baba during His early days of stay at Meherabad in 1927, got a pit excavated on the Meherabad Hill, with a view that the same place may one day become the resting place for His physical remains, after He drops the Body. And not just that, He often spent time inside the pit, that was constructed there, for His inner spiritual work in seclusion.

Later in 1930’s a Dome was constructed over the pit, under the exclusive direction of Meher Baba which is now the present “Samadhi”. This “Samadhi” has a dome like structure with symbols from all the important religions of the world and with “Mastery in Servitude” inscribed on it. 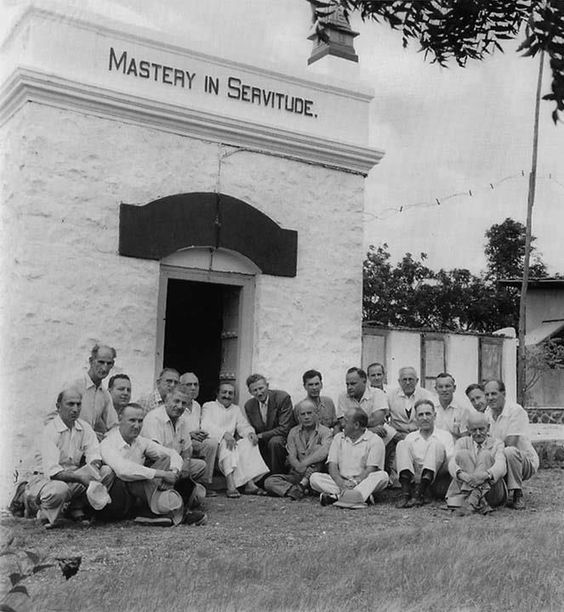 Meher Baba with western disciples at his Samadhi at Meherabad

[On January 31st 1969, Avatar Meher Baba dropped His body at Meherazad, and His body was brought to Upper Meherabad to be buried. As the coffin and tomb were being prepared, Baba’s body was kept inside His cabin on the stretcher that is still there. His body was then placed on the lid of the coffin and lowered into the crypt. It was kept surrounded by flowers, and according to hints given by Him, His body was uninterred for seven days so that His lovers from around the world might have one last chance to see His physical form. There was no sign of decomposition when the box of the coffin was placed over His body and buried on February 7th. The Italian Carrerra marble slab over Baba’s tomb was installed by Padri in late 1971.The exterior colors of the Samadhi were chosen by Mehera and Mani in the late 1980s, and a complete restoration of the original building was done in 1990. In 1991, in lieu of a stained glass work by Charlie Morton for the north window, Mani decided that his painting should be installed there instead. Today the Samadhi is the most sacred place at Meherabad and the heart of the legacy that the Trust care-takes for humanity.] [Source:AMBPPCT]

On 31st January 1969, when Meher Baba dropped His physical form, the same was brought to this “Samadhi” as per His instructions, and kept inside this place for His final darshan, to the thousands of devotees that were pouring from all parts of India, and the world. It was kept open for darshan to the masses until February the 7th 1969, or for seven days. There after, the same was covered with a Marble Slab. 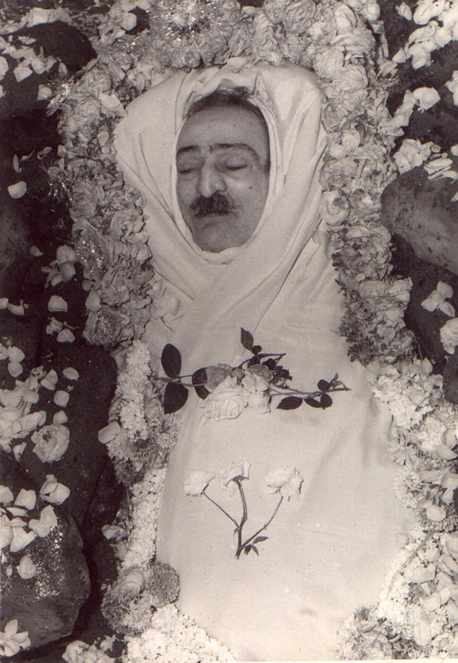 Meher Baba often referred that this small place Meherabad would soon become the place of a World Pilgrimage, and now we see that people from all corners of the world are coming to touch the “Samadhi”, which is the resting place for the Avatar, and the emerging place for His Divine consciousness.

The “Samadhi” is open all days of the year, for darshan to the pilgrims, from 6.30 in the morning until 8 in the evening. Meher Baba’s “Aarti” is performed every morning and evening at perfect Seven “O” clock, followed by singing of Bhajans and songs by the pilgrims who come to visit, for nearly 30 minutes. Pilgrims are requested to make it a point to visit Meherabad during the “Prayers and Aarti ” time.

From morning to evening the “Samadhi” is open to all for darshan, which can be availed by standing in a queue for the purpose. It is expected that pilgrims shall observe Silence in-side and around the “Samadhi”. 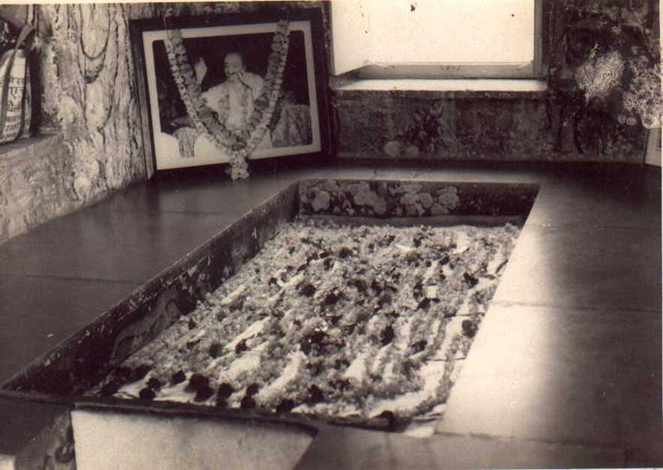 It is permitted to keep garlands and flowers on Baba’s “Samadhi” to decorate and pay homage, while keeping “Money” is not considered proper. It is therefore, expected that the pilgrims should seek due permission of the persons on duty before performing any thing un-usual.

The Meherabad Hill, also has a museum, near the “Samadhi”, which is full of Rare collections, from the life of Meher Baba. A Library is also under construction behind the Hill, which shall be operative after some time. It is always desired that the pilgrims may seek more information from the persons on duty to make full advantage of their trip.

There is also Baba’s room near the “Samadhi”, and the “samadhi’s” of Baba’s principle disciple Mehera, Baba’s sister Mani, and other disciples.

It was in Meherabad on the 10th of July 1925 that Meher Baba began observing Silence, which He continued until He dropped His body in 1969. During these 44 years He communicated through a Alphabet Board, and later through His hand gestures. It is therefore, on Baba’s “Samadhi” His famous saying “I have come Not to teach, but to Awaken” is inscribed. 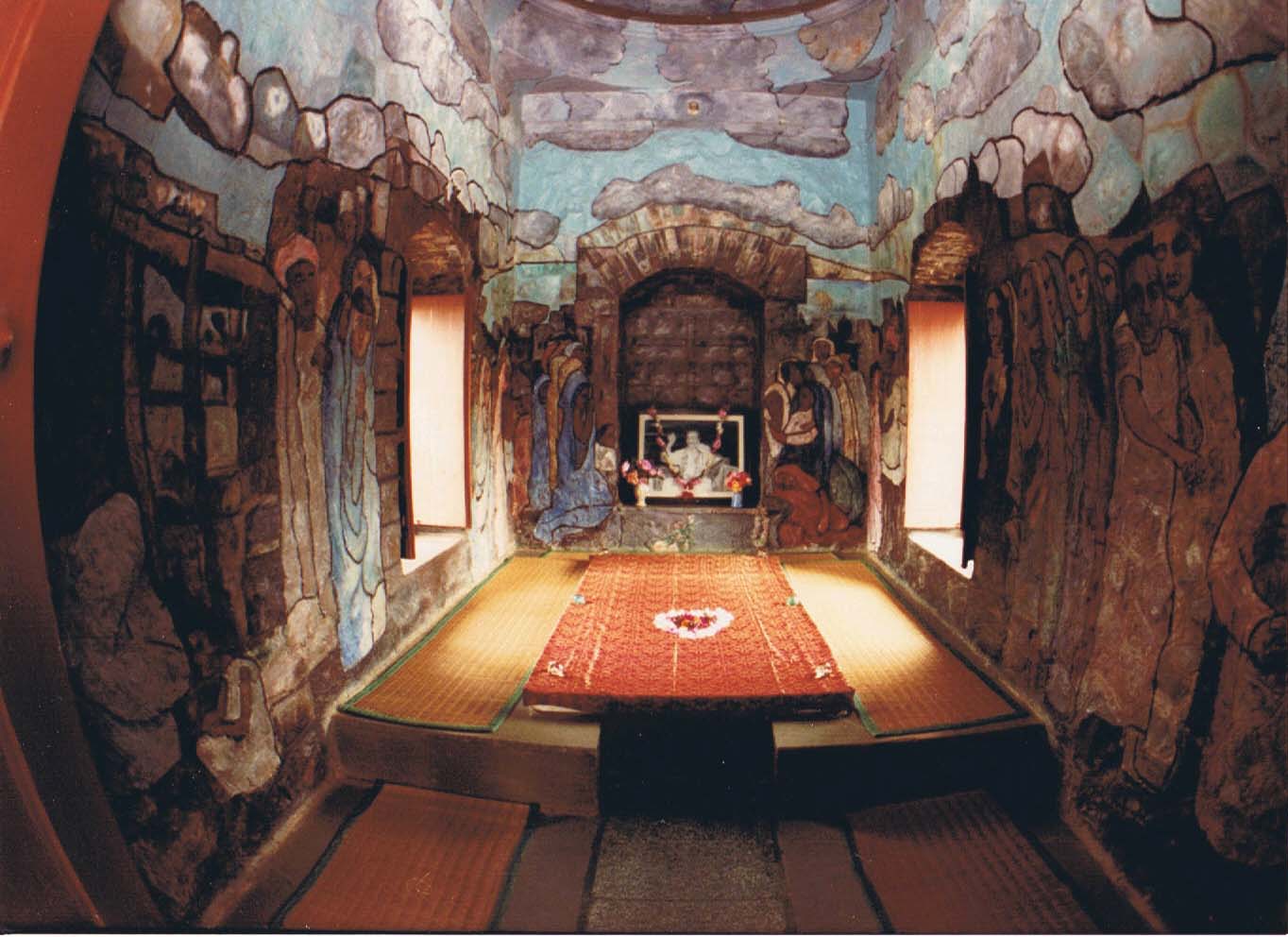 On 31st January every year, thousands of pilgrims gather at the Hill to remember the day as “Amartithi” when Meher Baba dropped His physical body in 1969, and observe Silence from 12 to 12.15 noon. A variety of cultural functions follow, from the 30th of January until 1st February. Meher Baba’s birthday is also celebrated by His disciples, on 25th of February, every year, in every corner of the World.

Meher Baba’s “Samadhi” is the place where every one has a share of the Master’s Grace, which he must come one day or other, to receive, in His divine Silence.

Construction of the dome, 1938 In June 1927 a cabin of bamboo matting and tin was built for Meher Baba on Meherabad Hill. It had a door and window on the east side. In July of the same year, a pit four feet wide and six feet deep was dug in it, lined with stone and masonry and covered by wooden planks. It was referred to as the Khadda – the Ditch or Pit-Room, by the mandali. Later the tin was replaced by mud-mortared stones and more windows were added. From August 16th Baba started using this crypt-cabin mostly for staying in seclusion. In December, five temporary rooms (meditation cells) were built next to the building for some of his mandali. In May 1934 a severe hail storm tore away the tin roof and it had to be repaired. In 1938 Baba ordered a dome to be built over it, at which time everyone came to know that this was to be the site of Meher Baba’s future tomb. The old stone walls were torn down and replaced by black stones which came from the original Post Office building of the estate, which had to be demolished the year before, after an order of the British government, because of its close proximity to the railway tracks. In the first part of August 1938 the dome was complete with four concrete models (a Christian cross, a Hindu temple, a Muslim mosque and a Zoroastrian fire) fitted onto the corners of the roof. Shortly after, Swiss artist Helen Dahm painted colorful murals on the inside walls of the underground crypt, completing them in November 1938. The sign over the entrance bears Baba’s motto, “Mastery in Servitude.”

On the 31st of January, 1969 at 12:15 in the afternoon after having his favorite poet Hafiz’s couplets recited, Meher Baba died. His body was brought to the samadhi at Upper Meherabad by an ambulance from Meherazad and was interred on February 7, 1969. The ambulance had been sent by Dr. Brieseman from Booth Hospital. Afterwards, the ambulance itself died; it went out of commission and had to be replaced. The trip it made to Meherabad was its last. The stretcher which carried Baba’s body is still preserved in his tin seclusion cabin on the hill. During those seven days, in compliance with Meher Baba’s wish, Cole Porter’s song Begin the Beguine was played repeatedly on a record player. During this time people came from all over India and a few from the west to take darshan and to see his physical form for one last time. During these seven days Mecca was flooded and closed for this exact period of Meher Baba’s darshan after He dropped his physical form. All India Radio mistakenly announced Baba’s passing as 10:00 P.M. on the 31st (his actual time of death was 12:15 P.M.). The next day, announcements were made on the radio several times during the day and BBC also broadcast the news. True to Meher Baba’s words he gave darshan in a reclining position during the summer of 1969 in what became known as The Last Darshan.

Click for information on how to visit and Stay at Meherabad

Meher Baba Samadhi inside around video