Meher Baba’s Silence day is coming on 10 July. On the 10th July of 1925, Meher Baba began his long silence, which he observed for the next 44 years, until his final rest. Every year on this day the 10th of July his followers or lovers around the world observe a one day or 24 hours Silence from midnight of 9th until midnight of 10 of July.

The anniversary of the day when Avatar Meher Baba dropped his physical form is commemorated in a major gathering attended by a stream of visitors from 30 January to 1 February of each year. During this 48-hour period a program of song, dance, and film continues all day and through much of the night on the stage near Meher Baba’s Tomb. The climax of the event takes place on Amartithi day itself when, for fifteen minutes, the assembled crowd keeps silence for fifteen minutes in honor of the physical passing of the Avatar of the Age at 12:15 p.m. on 31st January 1969.
[… More info …] 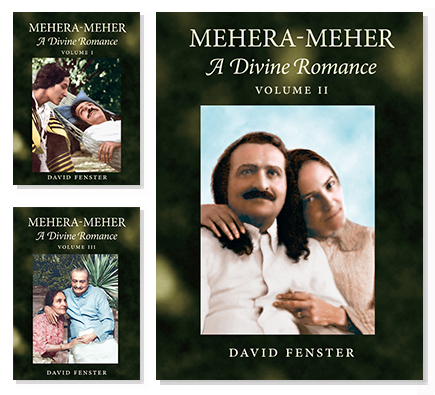 Mehera-Meher is the story of an intimate, Divine Romance between the Beloved and his closest disciple. The three-volume hardbound set draws deeply from Mehera’s firsthand narrative gathered from over 200 hours of tape recordings made by the author, David Fenster, from the years 1974 to 1982. To this he painstakingly researched and added other historical material from Mehera and those close to her to create an epic, 1700–page biography of Avatar Meher Baba’s foremost woman disciple.
[… More info …] 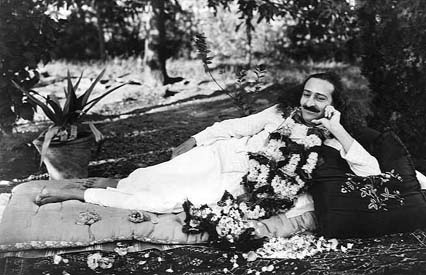 Meher Baba first contacted Katie and her sister Goher at their family home in Quetta when they were respectively 3 and 7 years old. He would visit their family in Quetta from time to time thereafter. View Video Talks by Katie recorded in Meherabad .. [… More info …]

Kalchuri was born one of eight children of a well-to-do Rajput family in Katangi in the Balaghat district of Madhya Pradesh. He excelled in his studies at Nagpur University, completing master’s degrees in public administration, law, and chemistry. But before he could realize his career plans, Bhau unexpectedly turned to spiritual interests following a visit to the tomb of a famous holy man, Tajuddin Baba, in Nagpur. After meeting Meher Baba in 1952, Bhau joined him permanently in 1953, at age 27 the youngest resident mandali of Meher Baba’s ashram, where he served in various capacities, including night watchman and Hindi correspondent. Meher Baba taught Bhau to write a Hindi form of the Persian ghazal and also gave Bhau several other writing assignments, many of which he completed only after Meher Baba’s death in 1969. In 1973 Bhau became a trustee of the Avatar Meher Baba Perpetual Public Charitable Trust.He later became its chairman, and continued in this capacity until the end of his life. [… More info …]