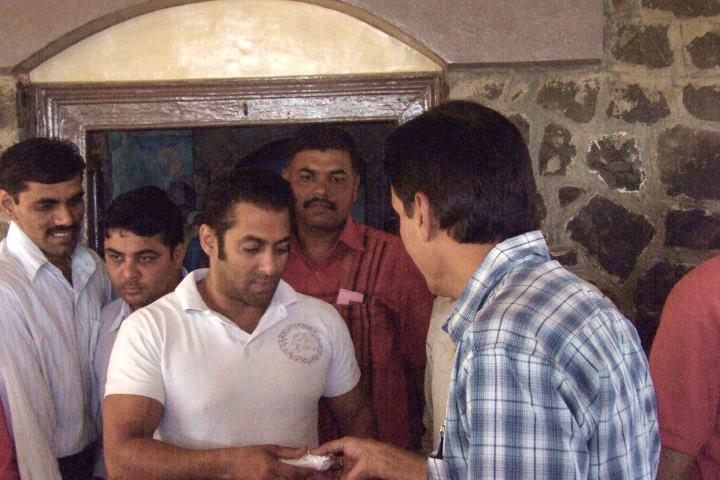 Film Actor and Star Salman Khan visited Meher Baba Samadhi at Meherabad Ahmednagar India for Darshan. He was gifted Samadhi Prasad by Trustee of Avatar Meher Baba Trust. It is also reported in News Papers that while in Jail Salman Khan was reading Books written by Meher Baba “God Speaks”