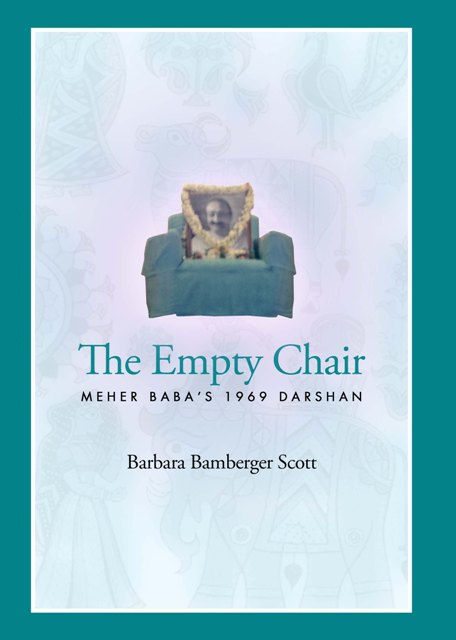 “TO HAVE MY REAL DARSHAN IS TO FIND ME.” —Meher Baba

In April-June 1969, an extraordinary event took place in India: the “last” Darshan of Avatar Meher Baba. The announcement had gone out to His lovers in the fall of 1968, plans for the event were made . . . and then Baba dropped His body on January 31, 1969. Yet the Avataric Show went on, and what a Show it was. Barbara Scott has woven the reminiscences of eighty people from four countries into an original, engaging, moving, and often quite funny narrative about this unforgettable experience.

“The 1969 Darshan was simply ‘too cool,’ so Avataric in its reality as to have left the questioning mind in the dust . . . so here is a chance to relive that great event, through the eyes and the ears, the thoughts and the senses — and the hearts — of some of those who were there.” —Rick Chapman

You can buy this 365-page book directly from the author. Paperback copies cost $20.00, hardback copies are $28.00, and shipping is FREE. You can pay by sending a check or money order made out to Barbara Scott, to 613 Marshall Street, Mt. Airy, NC 27030. You can also pay via Paypal, to the account of [email protected] For any sort of special arrangement, inscription, multiple orders, etc., contact Barbara at [email protected]

Also available from Barbara is her book The Golden Thread: Meher Baba, Chapel Hill, 1967, only $8.