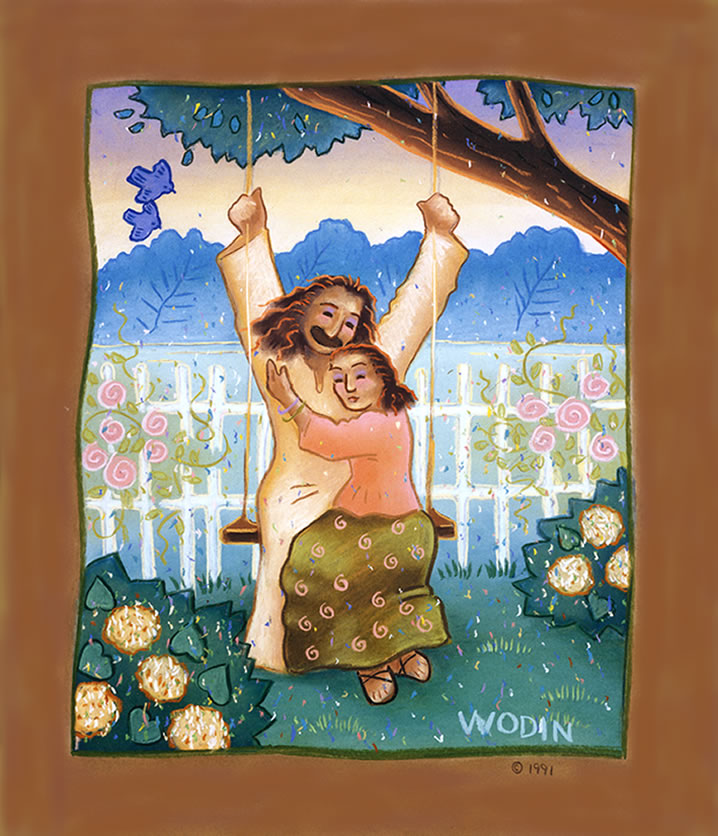 Daddy God web site hosts a series of artwork by Steve Jameson, aka WODIN depicting Meher Baba playing with his creatures and generally appreciating his creation. Most of Wodin’s images of Meher Baba depict God’s humor; which is a revolutionary concept of God; inspired by Meher Baba Himself. Steve’s paintings of Meher Baba delight the inner child in all of us.

Most of the Baba community first became aware of Steve’s paintings of Meher Baba with his illustrations in 2 books for Baba’s sister, Mani S. Irani and then a cook book for Meherazad resident mandali, Katie Irani. Steve produces his paintings in his art studio; which is a 5 minutes drive north of the Meher Baba Spiritual Center in North Myrtle Beach, SC. 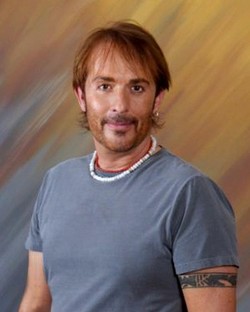 Wodin, a Viking word meaning “Fearless Warrior” is the painting name chosen by Steve Jameson in his youth in an effort to overcome childhood shyness. Steve has drawn since he was a little boy. His vision, rooted in a blissful childhood in a small Kentucky town, is to remind us of “the happiness in simple pleasures.”

Steve’s DADDY GOD line of art depicts God as a kind, fatherly figure playing among his creatures. The various animals in their many antics are disarming in the way they remind us of different human characteristics. The idea that God could have a sense of humor and play (as depicted in Wodin’s art) is revolutionary; considering the predominant world view of God. Steve hopes this concept of God helps make Him more approachable to those who have been unable to believe in God at all. Steve has this deep concern because, after a childhood of innocent love for Jesus, he suffered a few teen-age years in which he was atheistic until a much-welcomed spiritual awakening in his hearly twenties. Steve now cherishes the Friend in all His many forms in the various religions and belief systems of the world.

Steve lives along the South Carolina coast where he is often out exploring the few, remaining bits of undeveloped countryside in his old pickup truck or canoe with his beloved cocker spaniel puppies.

Wodin’s personal style of rendering his unique world with paint on canvas as well as his earlier pastels on velvety smooth, german sandpaper enhances it’s folk-like charm. Steve has won hundreds of national-level art awards and is represented in private collections world-wide. He also has a line of art called IN GOD’S HANDS depicting children playing in the omniscient hands of God. And he paints the North American landscapes he loves under the painting name of Cedar.

One of Steve’s lifelong plans is to build a DADDY GOD ART MUSEUM along the South Carolina coast for future tourists to the area to be able to view the large body of DADDY GOD artwork he is holding aside to be displayed there after he passes.