The Meher Baba Heartland Center is based in the Burleson House. The Burleson House is dedicated to Avatar Meher Baba as an oasis of his remembrance and is a place for information, retreat, prayer, pilgrimage and study of Baba’s unifying message of divine love. It serves to preserve and foster knowledge of historical information about Avatar Meher Baba’s time spent in and near Prague, Oklahoma, where in 1952 he met with a serious automobile collision and shed his blood on American soil.

On May 24, 1952, near the small town of Prague, Oklahoma, Avatar Meher Baba shed His blood on American soil. With Him and sharing in His sacrifice were some of His closest disciples, including His cherished and most beloved Mehera.

Meher Baba explained that this American accident would “result in benefit to the whole world.” He said on other occasions that during this Advent it would be necessary for the Avatar to undergo this Self-sacrifice. Baba was seriously injured as a result of this event, and combined with the more severe injuries sustained in the 1956 automobile ‘accident’ in India, was never able to walk without pain again for the rest of His life. 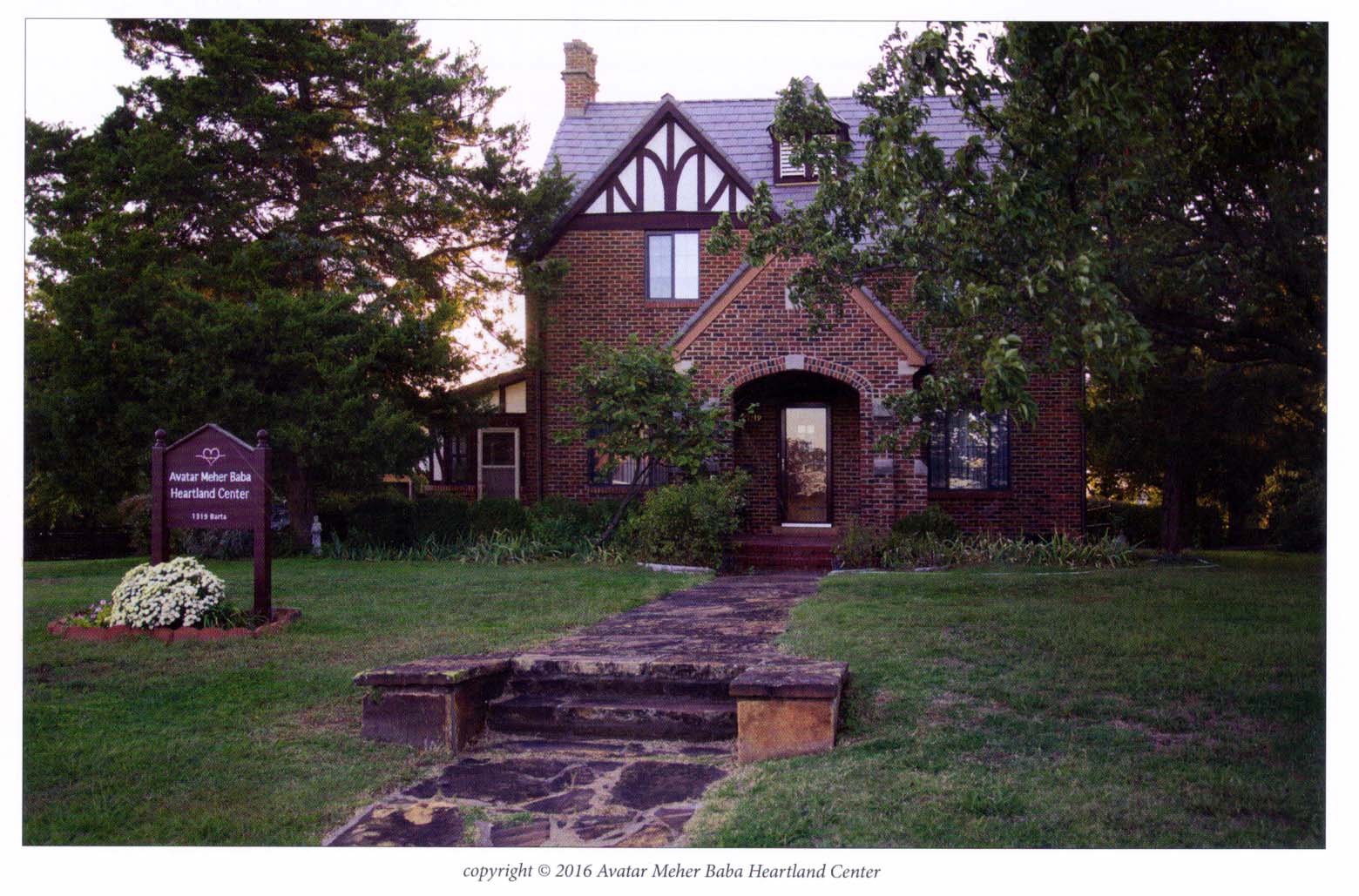 The date of this event was foretold by Baba many years earlier. At Harmon on Hudson, in 1932, Meher Baba gave Elizabeth Patterson a small pink wildflower and told her to always keep the flower and write down the date, that some day she would know the meaning. It wasn’t until years after the accident that Elizabeth discovered the flower He had given her that day, and written next to it in her Bible, the date, “May 24, 1932,” exactly 20 years to day that she would be driving the accident vehicle.

The following story of Meher Baba’s accident was excerpted from the article “Meher Baba’s Accident in America” by Jeff Maquire, originally published in The Broken Down Furniture News, and reprinted by permission of the author. Portions of the article were based on research and writings of Julia Ross, David Fenster, Adele Wolkin, Kitty Davy, C. B. Purdum, Filis Frederick, and Philip Lutgendorf.
(Excerpt from Web Site)

The Avatar Meher Baba Heartland Center is dedicated to Meher Baba as an oasis of His remembrance. It serves to preserve and foster knowledge of Avatar Meher Baba and the time He spent in and near Prague, Oklahoma, where in 1952 he met with a serious automobile collision and shed his blood on American soil.

The AMBHC currently owns two properties: the Burleson House and it’s neighbor the Morrison House. The Burleson House is a place for information, overnight retreat, prayer, pilgrimage and study of Baba’s unifying message of divine love.