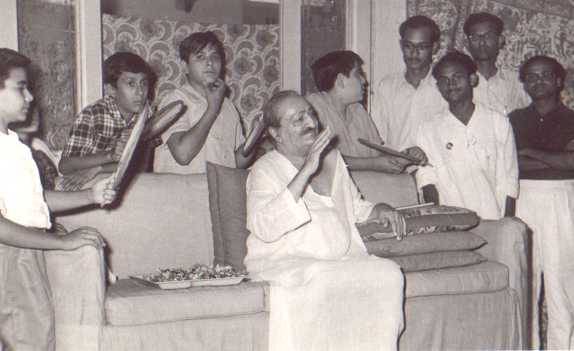 Amiya Kumar Hazra was a Proff. of English at City College Jabalpur (India). He was a gifted teacher and possessed remarkable command over English language. He was very young when he came to know about Meher Baba through his friends. But not believing in Baba, he started testing Baba by wishing for small material things like sweets, chocolates etc. To his surprise every time what he wished to test Meher Baba was fulfilled. Thus he felt drawn to meet this Guru in person, and traveled to Pune where Baba was giving darshan. Read the article below in his own words, what happened at Guruprasad Bunglow Darshan programme.

YOU HAVE TO BECOME GOD

A man from the mandali ran out from within the Guruprasad hall shouting “Amiyakumar — who is Amiya Kumar?” I turned towards the man and told him that I bore the name. “You are Amiya Kumar, are you? Well, leave the cup of tea and rush inside the hall for Baba wants you.” I left the cup untouched by my lips and began hurrying after him. Not content with my speed he said, “Don’t walk but run for Baba has been asking about you all the time.” I thought to myself in surprise, “Well, it was hardly the fifth minute since I had left the hall.” Anyway as the man wanted me to run, I scampered back to the hall and just at the entrance was met by another tough-looking volunteer. He looked at me a bit sternly. “You are Amiya Kumar from Bhopal, aren’t you?”

“Well, why did you leave the hall? You come all the way to be in Baba’s company and when He wants you, you are not there. You ought never to have left His presence. Now go in and meet Him.”….

I really looked small and shrivelled up before the August presence in front of me, beaming with a smile and a face so illuminated as if someone was invisibly focussing a torch on His face. Suddenly, I heard His interpreter Sri Eruch say, “Amiya Kumarjee, come to Baba and embrace Him.” I heard the call and took a few steps in the empty hall but now both a deep sense of shame and guilt overpowered me at having again doubted the person who had given me so many kind evidences of His Divinity and above everything His all-giving affection. I struggled to go ahead but when my eyes fell on His pure lotus-like feet I could not proceed. No, I am not worthy to touch even His feet. He is so noble, so pure and so loving and I am so suspicious, so mean and so full of filthy egoistic vices. So instead of going ahead I sat down midway, and said, “It is O.K. from here.”

But Baba gestured, His two arms continuously calling me to Him and Sri Eruch interpreted, “Amiya Kumar, Baba wants you to come up to Him and embrace Him.” Again, I tried but seeing His eyes full of light and compassion, I lost the power to violate the sanctity of that Being by my unworthy embrace. As I tried to sit down, Sri Eruch again interpreted Baba’s gestures that continuously motioned me to embrace Him.

“Why are you keeping away from Baba? Baba wants you to come quite close to Him and embrace Him,” said Sri Eruch in soft tones. Then, seeing no other alternative, I went up to Baba slowly, closed my eyes and held my hands like a blind man does when he seeks some alms. In a second I found my hands caught by the most loving hands I had ever felt touching me and then those hands drew me close and soon I found myself locked up in an embrace that I cannot talk about but only sigh about till this day. My head rested on His shoulder and He kissed me as the Father does His son when they meet after a long interval.

Well, I felt all my sins being washed away by that holy touch and my heart full of misgivings was set to rest. Yes, Baba loved me and loves me, and He really does not mind my cross-examining silly brain but tolerates it as only the really great could tolerate the really petty. After the embrace was over, Baba made me sit near Him. Still the hall was empty as people were enjoying tea outside.

Then Baba said through Sri Eruch the first words during that momentous meeting during the Darshan interval. “Amiya, you are God! (Baba pointed His fingers at me). You see God (Baba pointed His fingers at Himself)…..But you have to BECOME GOD.” The word ‘become’ had an added emphasis as Baba’s gestures became emphatic and Sri Eruch faithfully lent his voice to what Baba wished to be communicated. 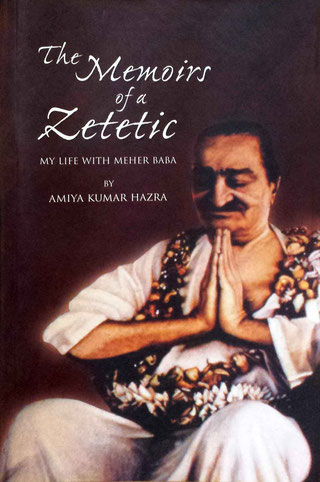 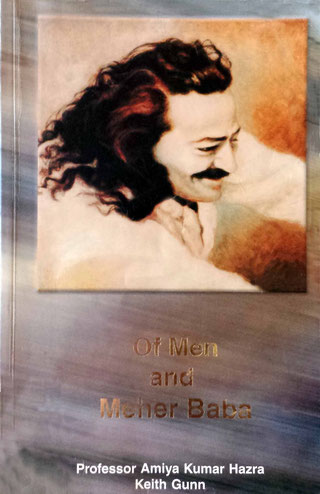 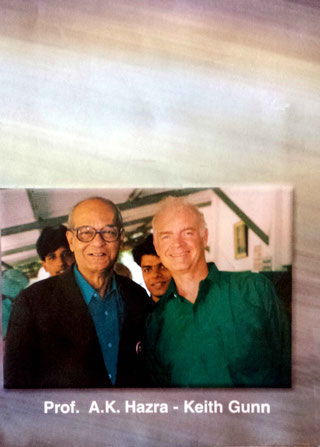 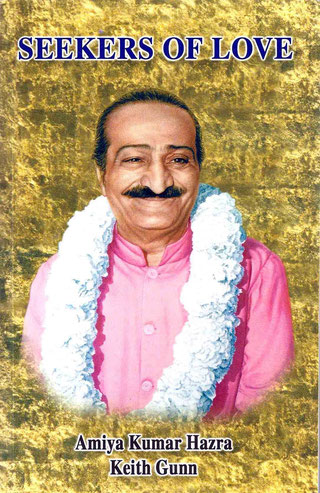 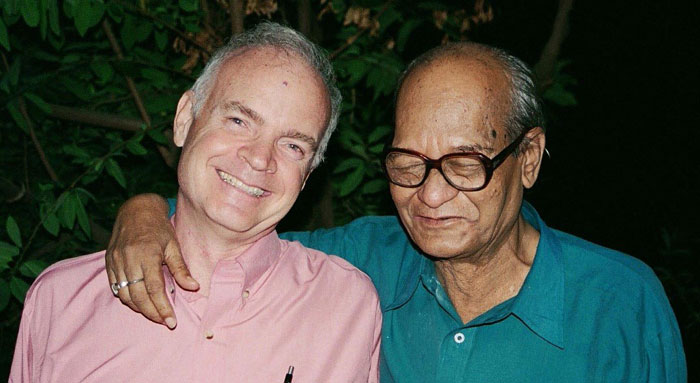